The Emilia area holds numerous treasures; one of these is the network of the Castles of the Duchy of Parma and Piacenza, which rise from the fertile Po valley to the scenic mountains of the Apennines, making the landscape truly memorable.

The area of Parma has seen over the centuries the succession of numerous noble families (such as the Farnese, the Bourbons of Parma, the Pallavicino, the Visconti, the Gonzaga, and so on) who left an indelible mark on it.

The most tangible trace is still today made up of these ancient dwellings – castles, fortresses and villas – which bear witness to the important history of these lands.

These are some of the most important castles of Parma

The medieval fortress Sanvitale di Fontanellato is located in the center of the homonymous village, surrounded by a large moat of water. The fortress has a square shape, with four towers and crenellated walls, peculiarities typical of military constructions and originally access was allowed by a drawbridge, now in stone.

The internal rooms are embellished with Renaissance furniture, and in a small room there is a painting depicting the myth of Diana and Actaeon taken from Ovid’s Metamorphoses, painted by Parmigianino.

Furthermore, among the rooms, there is the 19th century optical chamber, which thanks to an ingenious system of lenses and prisms allows you to secretly explore the life of the square in front of the castle. 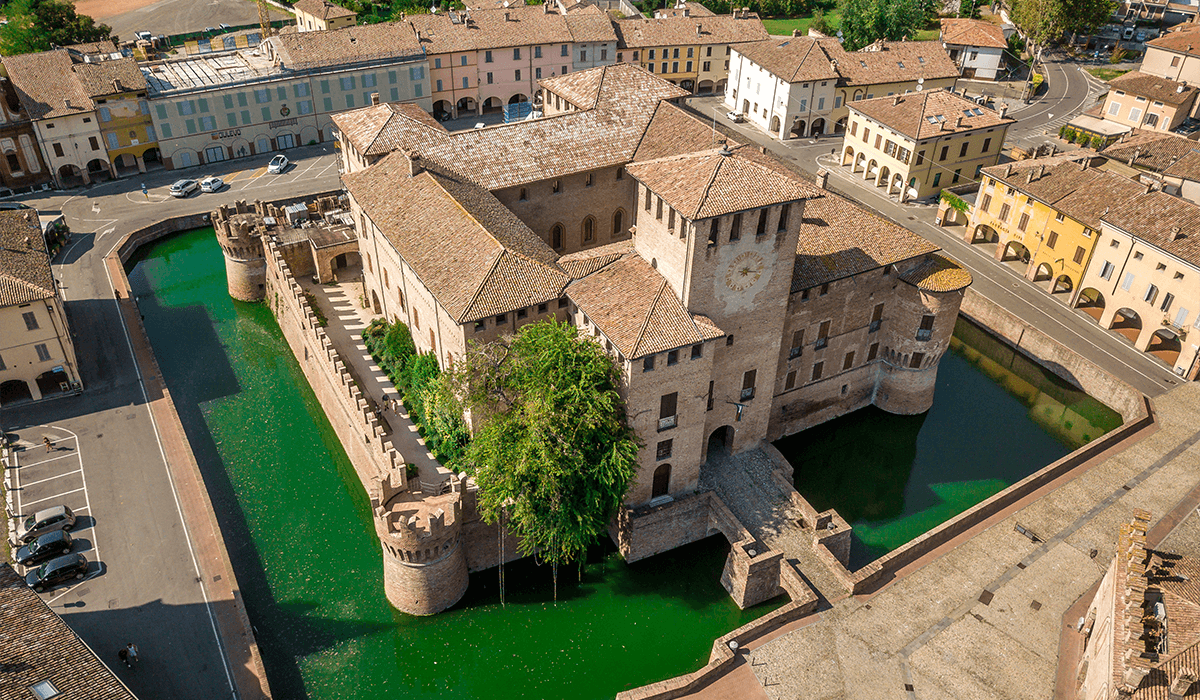 This charming castle located in Langhirano, on Parma hills, was built between 1448 and 1460 (on the ruins of a previous stronghold). The building, in fact, served as a defensive structure: the defensive function is attested by the three circle of walls and the four corner towers, the residential destination is evident from the richness of the ornaments.

The castle is considered one of the best-preserved examples of castle architecture in Italy, as it combines elements of the Middle Ages with elements of the Renaissance. 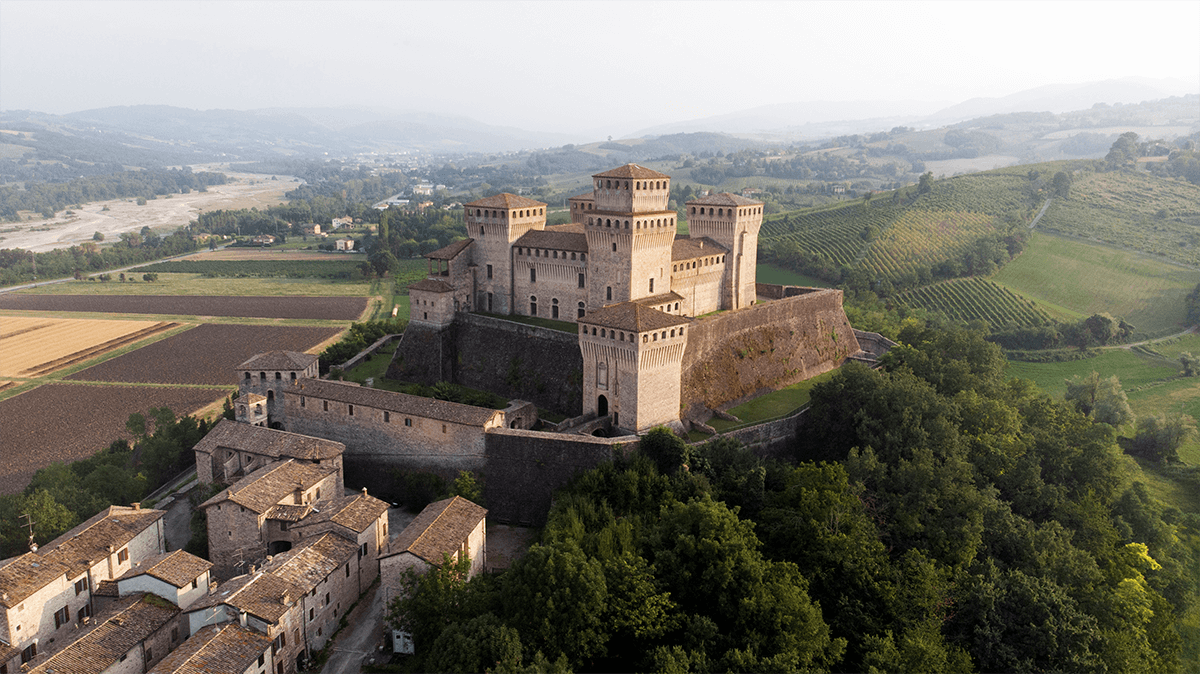 If you are a lover of history, of Medieval age, of legends or castles, you cannot miss our tours that allows you to see the beauty of the most beautiful castles in the area of Parma!